Winnie is a bit of a favourite at our clinic and also wins herself the tag as one of our naughtiest patients! She often calls into the veterinary hospital for a quick cuddle with our staff, ideally when she is well.

Winnie visited Ourimbah Veterinary Hospital in March because she was not her usual bouncy self, and didn’t wish to eat her dinner which is very unusual for a puppy who not only loved her dinner but is also known to eat rocks that she may find in the garden, and steal items of clothing. Dr Henry examined Winnie, who at that stage still appeared fairly bright. X-rays showed a metallic ring in part of her small intestine and a rock density in her colon, she was started on intravenous fluids and pain relief with the intention of repeating x-rays throughout the day to see if the objects would pass by themselves. 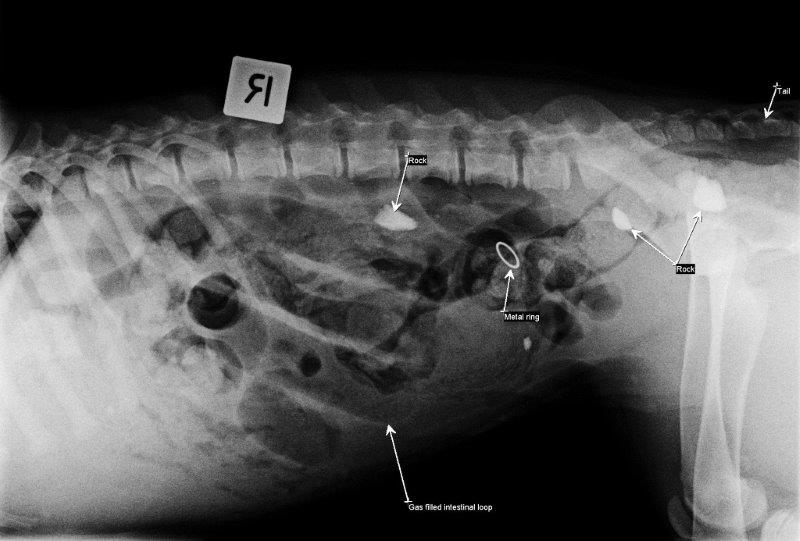 Repeat x-rays during the day showed gas building up in the intestines which suggested that the metallic ring, or what it was attached to, was blocking the intestines.

Winnie was anaesthetised and exploratory surgery was performed. Three pairs of underpants were found in her intestines, one pair in the stomach and another two pairs, one of which had a decorative metal ring on it, in the small intestine. The underpants were removed through small incisions into the intestines. Winnie recovered well from her surgery.

Two weeks later we had the opportunity to inspect the surgical site from the original surgery after Winnie visited a relatives house and once again ate something she shouldn’t! The good news is that the incisions from the first surgery had healed beautifully. However…. 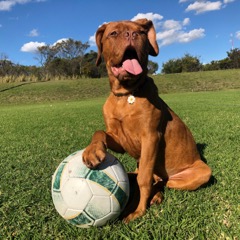 Another piece of material had to be removed from the intestine, and once again in true Winnie style she recovered perfectly from the surgery!

It is safe to say that Winnie’s environment is now closely examined for any foreign material before she visits any family members houses!